To get VM’s IP I used nmap 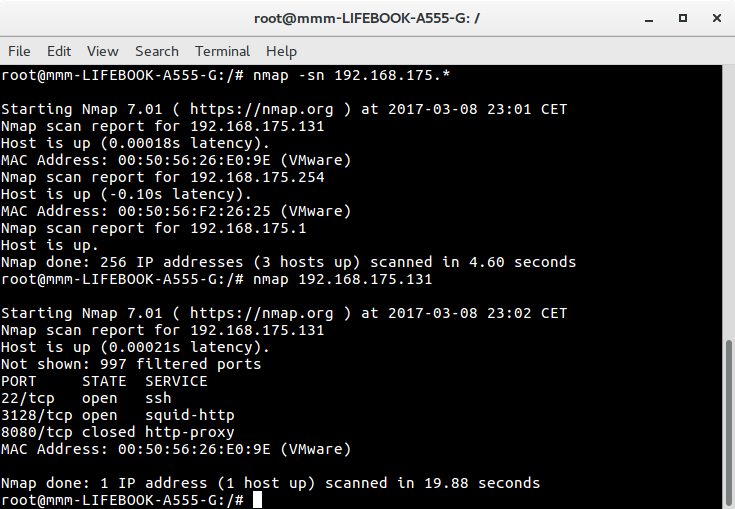 Output gave me information that VM runs http proxy. I configured Firefox to use it and tried to access VM’s localhost. 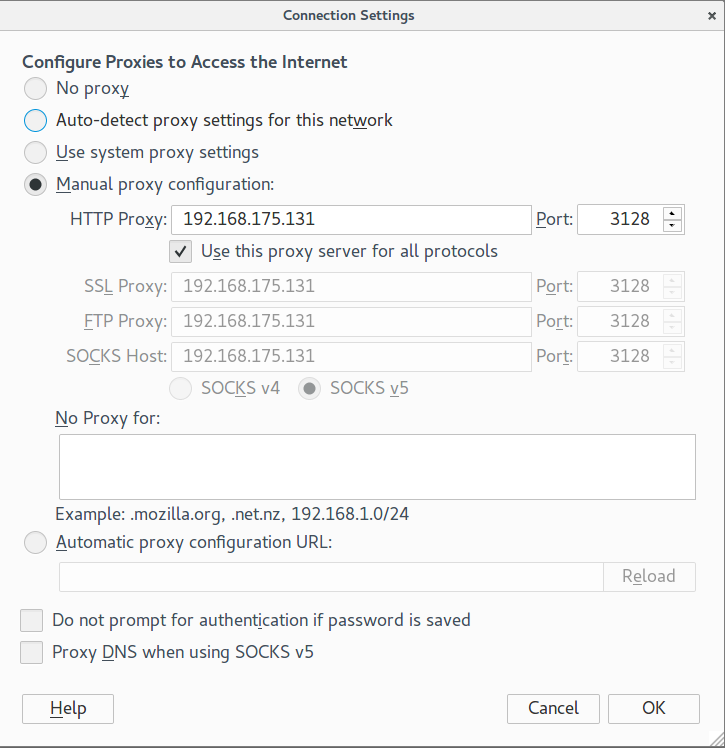 I succeeded and noticed a simple website. I tried robots.txt and found out that there is Wolf CMS run under /wolfcms 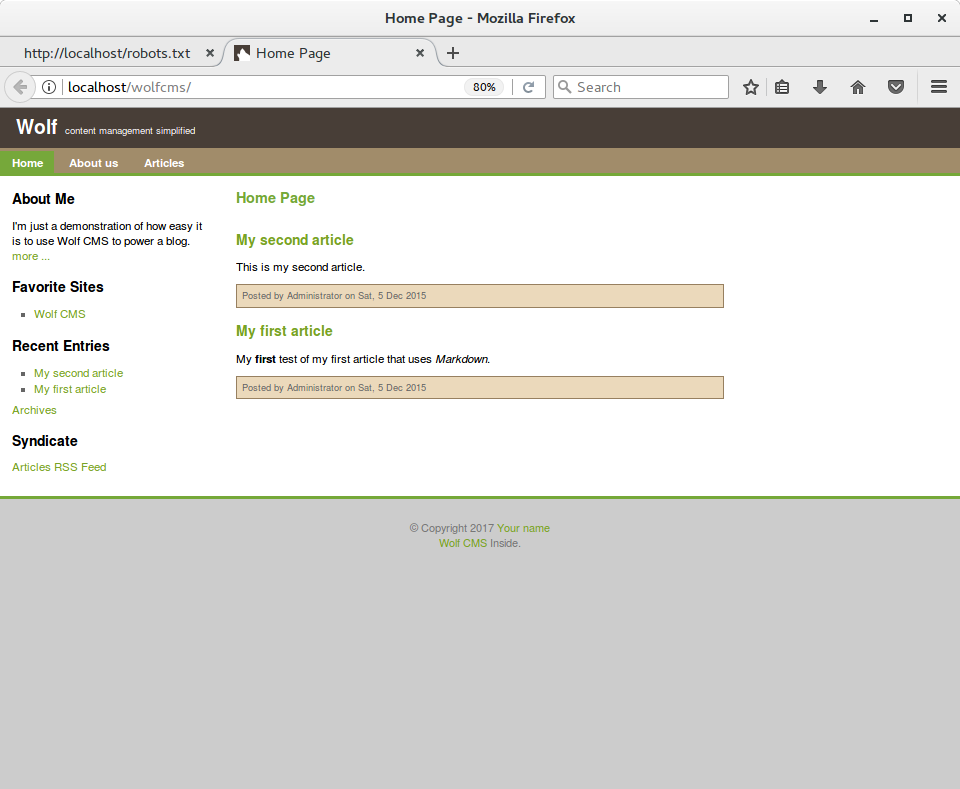 I asked google for some information about Wolf CMS and found two directories used for installation process - /install and /docs. I tried both but only /docs was available. In file http://localhost/wolfcms/docs/install.txt I found default credentials, but I didn’t know where to put them. I went to google again and searched for URL to admin panel which occurred to be http://localhost/wolfcms/?/admin/login. Default credentials worked and I got access to administration panel. 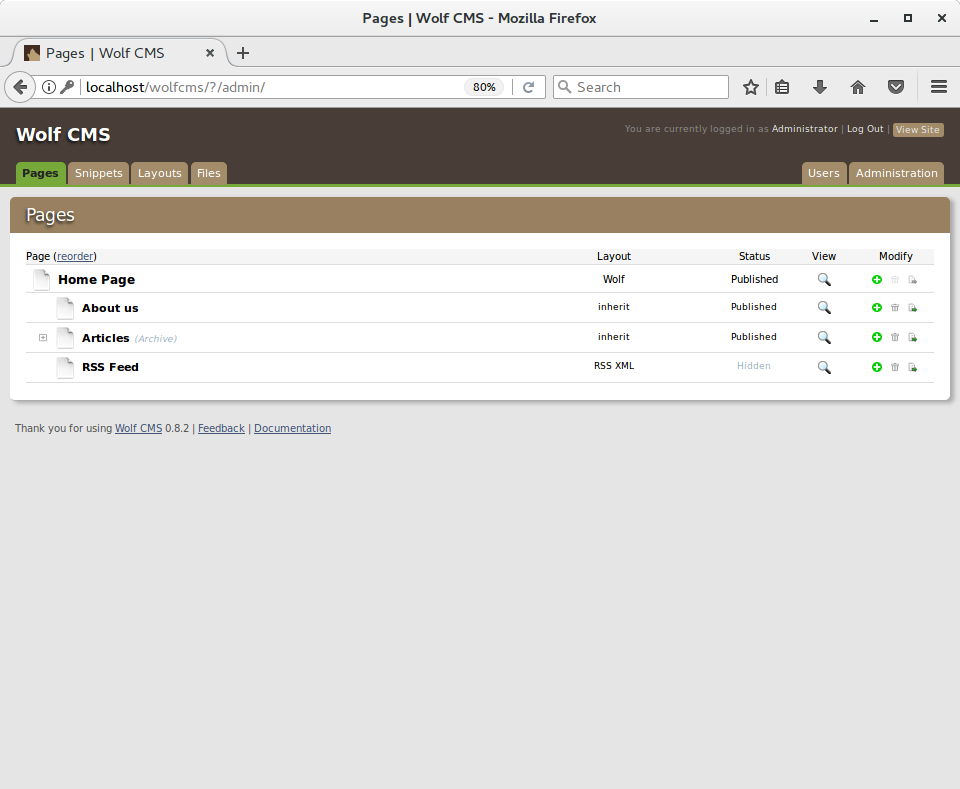 From this place I was able to upload reverse shell and connect to VM.

After I got access to shell and started investigation what this machines does. I found that there is a cron running python script as root every minute. Fortunately I had permission to overwrite this file. 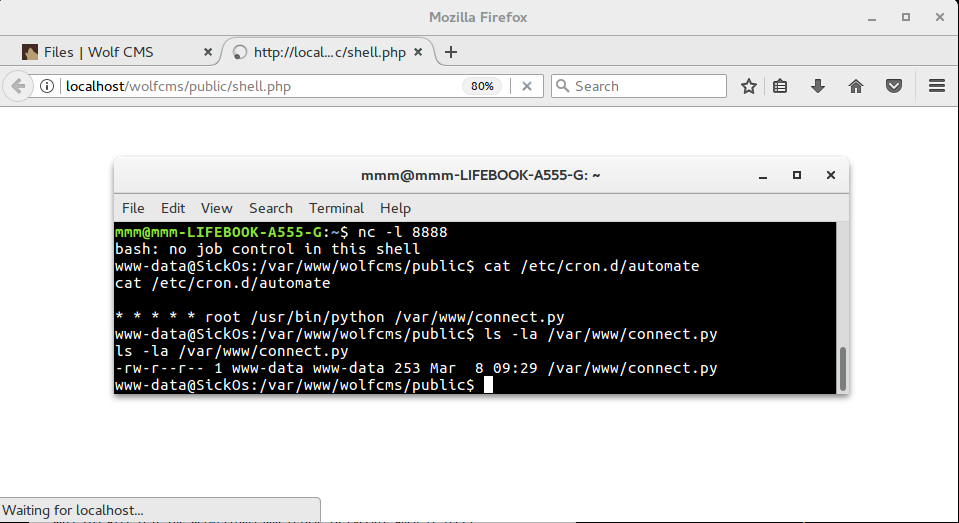 I uploaded reverse shell again, but this time written in python.

I used existing shell to overwrite script with uploaded one, then I ran netcat on port 9999 and waited one minute until I got root shell.